Danger: at this condition, heat cramps and heat exhaustion are likely; heat stroke is probable with continued activity. 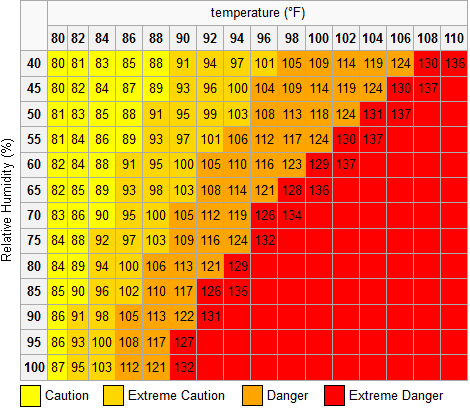